Who was John Tann?

If you have ever had a chance to visit us here at the London Silver Vaults you may have noticed one name appearing on many of the doors. John Tann. 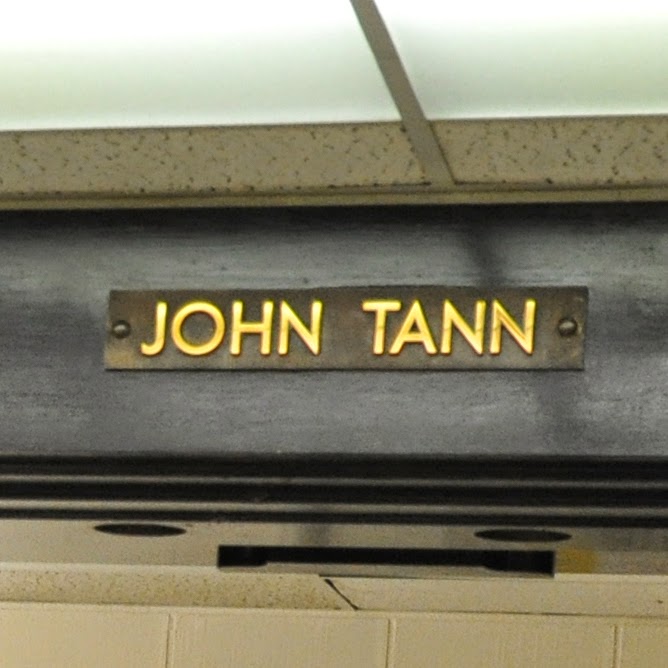 On a bicycle journey through London recently, I noticed an old building facade with the name of John Tann in faded letters on the side. It was advertising fire proof locks and safes to all who were passing. So, that’s who John Tann was. He was the maker of all the doors here at the London Silver Vaults.
As the first British safe maker, John Tann Ltd. was established here in London in 1795.
Founded by John’s father Edward, they opened a factory in Hackney from which they produced iron chests, boxes, iron doors and locks. Their biggest customer at the time was Charles Chubb.
The first patent registered was for the “Reliance” lock whose mechanism made it the best available.
The company concentrated on the banking sector and in overseas trade.
In 1953 when the London Silver Vaults were opened the security doors were to become their showpiece.

They went on to do the doors for the Jewel House in the Tower of London.
In 1965 John Tann Ltd. became part of Clayton Dewandre and the company eventually traded hands again and was finally acquired by the Stratford Safe Company.
The Tann Safe, which was exhibited at The Great Exhibition at Crystal Palace in 1851, is still on display down here at the vaults today.
Posted by I. Franks Antique Silver at Friday, September 05, 2014