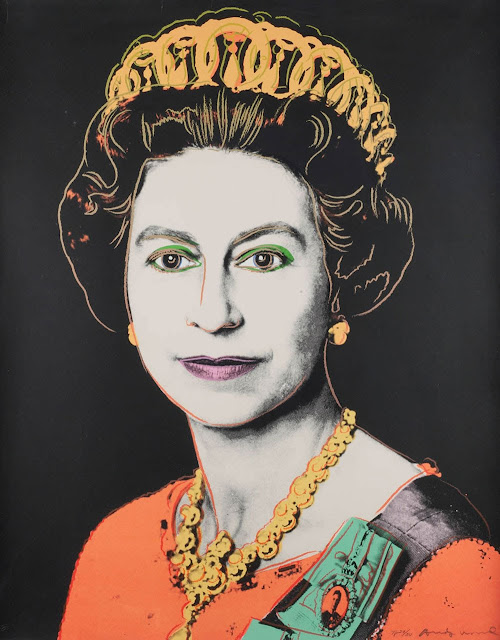 Until this week most people may  have assumed that the Queen’s birthday is in June when her birthday is marked by the Birthday Parade in her honour, known as Trooping the Colour. This is a public occasion where her Majesty, members of her family and the general public gather to watch troops from the Household Division march past Her Majesty with the mounted troops taking precedence.

You can expect to see riders, foot guards,drummers,pipers, as many as 400 musicians, all parading down The Mall to mark the occasion.
However, as I’m sure everyone, here in the UK at least,is now aware, the Queen’s actual birthday falls on 21st April and she has just marked her 90th year, having been born in 1926. That is quite a milestone, I’m sure you’d agree.
This day she usually  celebrates privately, with members of her close family, however owing to this landmark number it has been more of an event than is usual.
So, once the private celebrations are out of the way,  the nation will be able to join in on the public events to mark the occasion.  This year's Trooping the Colour takes place on Saturday 11th June.
As well as the pomp and ceremony surrounding the day I’m sure Her Majesty receives many gifts as well, from the practical to the ridiculous.
In her time on the throne she really has been given some odd and eccentric things. Of course many of the things she has received she has treasured and truly appreciated. Many other things she has graciously accepted but you know she must wonder what on earth she is going to do with, for example, the lacrosse stick, gifted from Canada. I don’t really see lacrosse as her sport.
A gift from Canada that did hit the right note was a Burmese horse, given by the RCMP, which the Queen subsequently rode at the Trooping of the Colour from 1969 to 1986. An appreciated choice there.

She has received many living, breathing gifts during her reign; jaguars, sloths, turtles, beavers and an elephant, to name but a few.
Many edible gifts come to her as well, sometimes in numbers quite immense. 50 cases of pineapple, anyone? At the other end 2 tins of tuna, just enough for a midnight snack for Prince Philip and her.
Obviously, most of the gifts bequeathed to her have cultural and symbolic meaning for the gift giver, so receiving, for example, a waka (Maori canoe) is really a special gesture.
Naturally, she would be unable to keep many of the things she receives and, as a result, the Queen is probably one of the world's greatest re-gifters.  Many museums and zoos have reaped the benefit of the world's generosity towards the Queen.
I’m sure that amongst the many items she has accepted there has,no doubt, been plenty of silver to be seen, such as the  beautiful silver dressing table set given by the diplomatic corps which you can see on the British Pathe website. As recently as last year, the Queen received a sterling silver bud vase made by Tiffany, a gift from Michelle Obama.
Which brings me to my point. If you are looking for a gift that would be fit for a Queen, be it yours or Her Majesty herself, I think there is no better place to start than a look around down here at the London Silver Vaults. I think you may just be royally impressed.