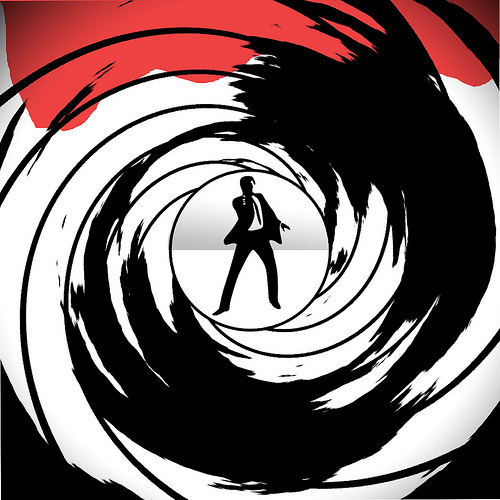 This autumn we have seen the release of a new film in the James Bond franchise. Spectre is the 24th film to be released and the fourth time with Daniel Craig as The Man himself. The word on the street is that this will be Daniel Craig’s last time playing one of our most enduring  and invincible spies.

Having been our Bond for the last 10 years it seems as though the search is now on for someone else to take up the reigns. The speculation and rumours as to whom it may be will be sure to keep us guessing for quite some time.
There are a few names I've heard being bandied about including Idris Elba, Tom Hardy and Colin Firth. There are others too, and I'm sure the list will get longer before someone is finally chosen.
That is, of course, if Daniel Craig doesn't decide he might like to slip into that dapper suit at least once more.
For me, the fun of James Bond is all the gadgets he has at his disposal. I find with each film as the action steps up, the gadgetry levels decrease. I'm not going to lie, I find that  a little disappointing.
Truth be told, I have always preferred the Mel Brooks/Buck Henry American tv show from the sixties, Get Smart. This is  because the futuristic apparatus Maxwell Smart had available to him was just so cool. I mean, a shoe that turns into a telephone. Boy, did I want that. Who knew that the mobile phone would come to us all one day!
Of course the phone in the shoe wasn't the only communications device. You might have seen a phone necktie, comb, clock or watch. 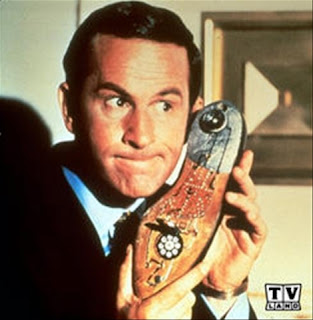 Max Smart’s sidekick,99, had plenty of her own devices too, with a telephone makeup compact, a gas expelling lipstick, a tear gas pen and a lighter that fires bullets.
All those groovy gadgets and the fact that Max Smart drove, in my opinion, THE coolest car ever, the Volkswagen Karmann Ghia, puts him ahead of James in the coolness stakes for me.
The fun of Get Smart was the fact that he was a bit clumsy, not like the suave sophisticate that is  James Bond. You wouldn't find Mr. Bond constantly bumping into his own invisible wall.
Not that James Bond hasn't offered up some pretty neat tricks in the gadget stakes over time.
Throughout the twenty odd films we have seen, among other things,  trick briefcases, jetpacks, a ring camera, a wrist dart gun and a Lotus car/submarine. We even had a robot dog, which was then to  become a real option, now available to all.
I think maybe we have always had a fascination with gadgetry.
The Victorians had a fondness for novelty items and would often produce things that at first glance would not necessarily be what you might think.
You might find a walking stick that reveals a hidden flask, perhaps with a compass on the handle top. Maybe a locket that houses a monocle. This is an item we had in the shop recently. I was sorry to see it go, but the person who bought it was thrilled with it, so it went to a good home. I have even seen a pistol purse which stores a small pistol in a secret compartment. Check out Steampunk Spy-Fi online to view all sorts of nifty pre James Bond gadgetry.

Here are couple of spyish things we have in stock at the moment.

Posted by I. Franks Antique Silver at Saturday, November 07, 2015