Dishing Up Some History 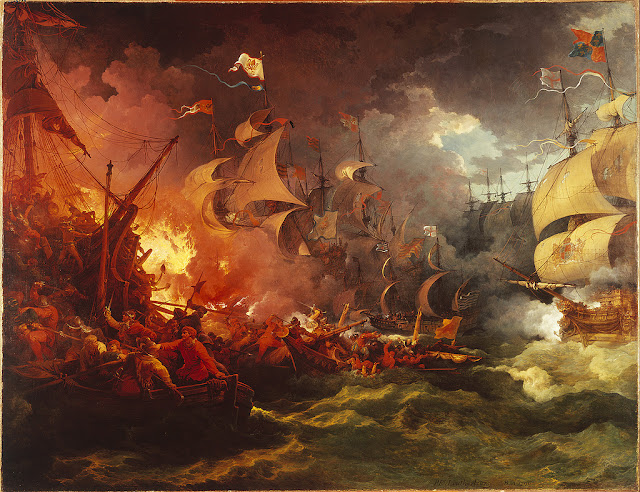 On the 20th of July 1588 the Spanish Armada set sail for England from Corunna and, as the
427th anniversary of this attempted invasion approaches, I thought I might tell you a little about
Armada dishes.

Often presented as a trophy at yachting and other prestigious events, the Armada dish is
frequently given as a gift to mark special occasions. Although, generally known as an Armada
dish, it is sometimes called a Drakes dish as well.
Replicating the style first produced in the 16th century, these stylish and elegant sterling silver
dishes are still being fashioned in much the same way today. The distinctive wonky hallmarks
and dimpled bases makes them easily identifiable.
The history of these dishes goes back the Elizabethan Era to 1588 and the year of the Spanish
Armada’s attempted invasion.

The Spanish Armada set sail on a mission to overthrow protestant England. Because Protestant
ideas began to lay down roots in the Spanish Netherlands (now known as Holland and Belgium)
the Netherlands were keen to gain their independence and their religious beliefs. It angered
Philip II,the king of Spain, that the English were backing their cause. King Philip was keen to
gain control of the English Channel allowing easy passage from Spain to the Netherlands
making it easier to control.

The Armada first set sail in April 1588 but as a result of damage caused to the fleet due to
storms they were forced to return to port. The Armada set sail again in July of 1588 with a total
fleet of 130 ships. They faced little resistance, but upon reaching the English coastline a
message was sent via the lighting of beacons along the coast making their arrival known in
London. As the Armada sailed up the English Channel Sir Francis Drake’s Plymouth fleet was
able to attack. Though this attack had little impact on the Spanish fleet it did mean supplies and
ammunition began to run low.

Eventually the English blocked off the route through the channel forcing the Armada to set sail
along the east coast of England and around the the north of Scotland where they encountered
one of the worst storms in history at great cost to the fleet.
The Spanish seamen who managed to survive the fighting, disease and lack of food eventually
returned to Spain having lost nearly half their fleet and 20,000 men. The English however, lost
none of their fleet and only 100 men in battle. This was considered a victory for Drake and his
men.

It is said that the Armada dish is so called because an ‘Armada Service’ set was produced in
this style made from silver acquired from the Spanish ships. There is no absolute proof in this
theory but is likely to have been possible.
The famed Armada Service came into the possession of Sir Christopher Harris, a friend and
colleague of Sir Walter Raleigh, and thought to be a gift.
These dishes would have been used as serving dishes for formal occasions. The smaller dishes
could also be upturned and used as covers for the larger ones to help keep food warm.
During the English Civil War the Harris family eventually buried this Armada Service in a cave
on Dartmoor to avoid seizure by the Paramilitary. Unfortunately, the secret of where this set of
silver was buried, went to the grave. 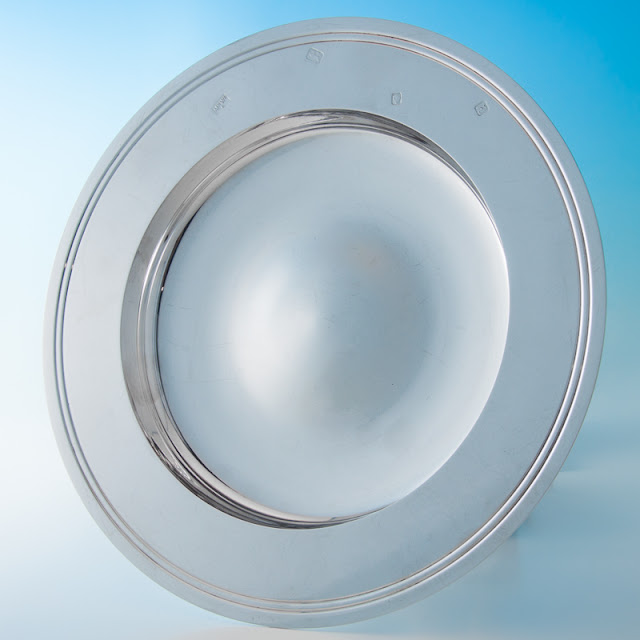 These dishes lay undiscovered until labourers unearthed them in 1827. Much to the
disappointment of the men who found them, the coat of arms engraved on the set revealed the
Harris family to be the rightful owners and thus, they were returned to them. In 1911 the dishes
were sold by Christie's for £11,500. As a result of this sale the dishes regained popularity and
were once again copied by the silversmiths of London using the same distinctive uneven
hallmarking. Today the dishes are made with plain rims and are less indented than the original
design. The fascinating story behind these dishes keeps their popularity alive today. You can
purchase a small silver armada dish for as little as £100. There are several sizes to be found
and are priced accordingly. They are perfect for trophies, prizes and presentations.
If you wish to see the original set, they are on display at the British Museum in London.
Any enquiries about our Armada dishes can be made through sales@ifranks.com
Posted by I. Franks Antique Silver at Saturday, July 18, 2015