CLAIM TO FAME….THROUGH A NAME 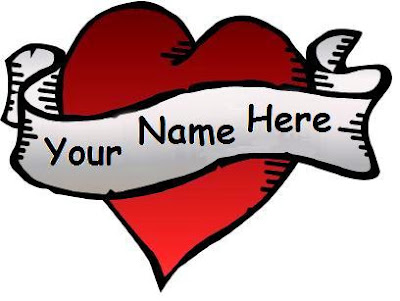 Sometimes I find myself wondering where particular words find their origin.
Now, I don't mean whether they are Latin based or Germanic etc, but my interest is in how things come to have the name they are given.
Having had my curiosity piqued, I decided to do a little research myself.
So, I present to you now, a little list of words you may not have considered were actually named after people. Who knew?


The Saxophone: This was named after its inventor, Adolphe Sax. This seems pretty obvious when you think about it.


Shrapnel: Originally named after a new kind of bomb; it was designed by Major Henry Shrapnel. It eventually came to mean any kind of fragment after an explosion.


Decibel: Did you know the decibel is one tenth of a unit of measure and that the ‘bel’ part comes from that great man of sound, Alexander Graham Bell.


Fuchsia: This colour was named in honour of Leonhart Fuchsia (apparently a bit of a legend in his field), by fellow botanist  Charles Plumier who discovered a new flower in the Caribbean bearing this striking colour.


Mesmerise:  “Look into my eyes” said Franz Mesmer, a doctor back in the 18th century who believed he could heal people through hypnosis. ‘Mesmerising’ then became a popular stage act for the vaudevillians of the day.


Macadamia Nuts: Discovered in Australia (though the indigenous had been eating them long before the botanists of Europe arrived) by Ferdinand Von Mueller,they were sent to one, John Macadam, for studying. John ate a few, proclaiming them to be delicious, and after seeing the young man did not expire Mr. Von Mueller decided to name the nut after the inquisitive  student.


Nachos: I bet the last time you tucked into this popular Mex-Tex snack you didn't realise somewhere out there a man called Nacho. The story goes that back in 1943 restaurant owner Ignacio Anaya, better known by his nickname - Nacho, was approached by a group of hungry soldiers wives just as he was about to close.  Rather than turn them away hungry, he improvised with what food he had left(tortillas, cheese and  jalapenos) and, lo, the Nacho was born!


German Chocolate Cake: You probably, like me, assumed this cake is so called because it originates in Germany, but, we’d be wrong! It is, in fact, named after Sam German whose brand of chocolate was used when creating this cake.


The list of food related names goes on: the caesar salad, eggs benedict, peach melba, pavlova, beef wellington to name but a few.


So, finally, I now offer up a few items which are available in silver which have been so named because of the people associated with them. 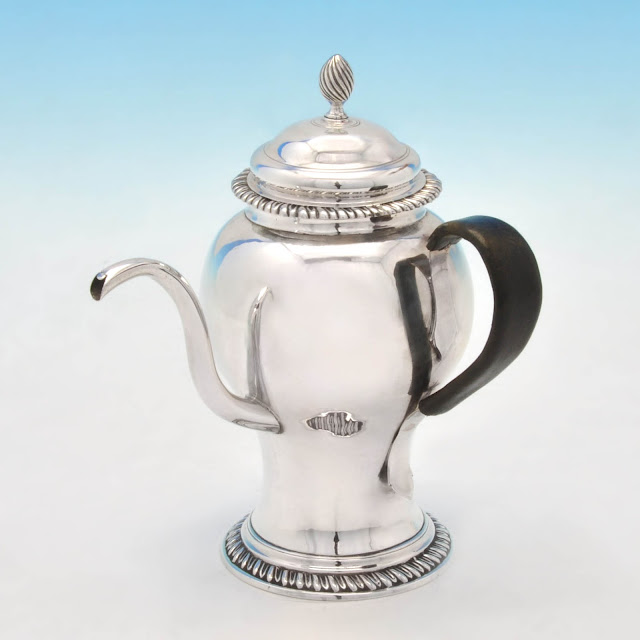 This nifty little jug which houses a chamber which holds hot water was said to have been thought up by the Duke of Argyll, who so disliked the idea of cold gravy he created this rather ingenious, in my opinion, little jug to eliminate this age old problem. 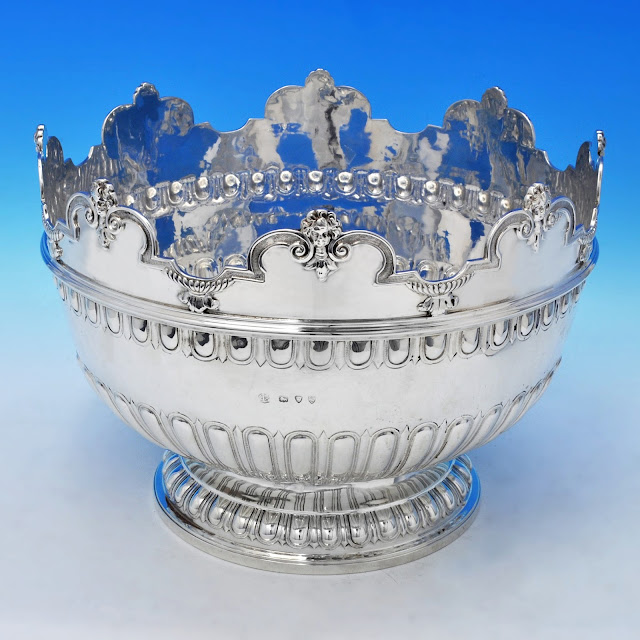 This silver bowl, most often used for punch, is identifiable by its scalloped rim.
The( sometimes detachable) rim could be used to suspend the glasses and ladle and the rim could then be removed should you wish for a plain bowl. The bowl is so called because the scalloped edge was said to resemble the cloak hem as worn by a fashionable young dandy by the name of  Monteith or Monteigh. 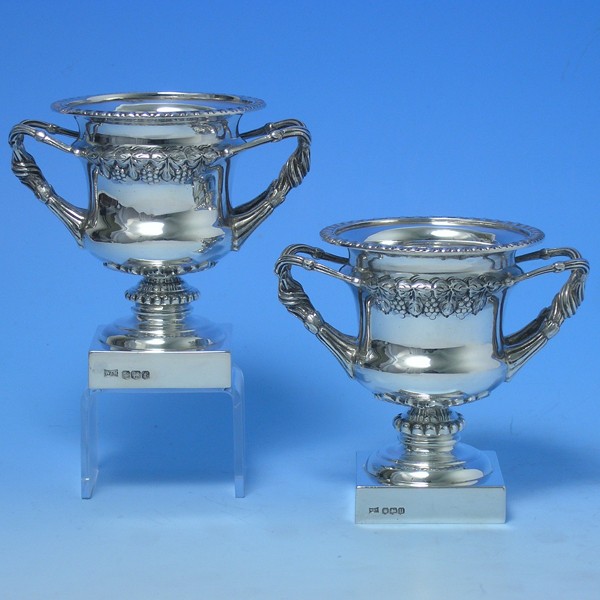 Modelled after a huge marble vase discovered in a pond at Hadrians Villa, Tivoli in 1771. The fragmented pieces were sold to Sir William Henry, a British envoy, who in turn passed it, once restored, to his nephew George Greville, 2nd Earl of Warwick who then displayed it on the lawns of Warwick Castle. The style became much copied with its pedestal base and double handles and has become known as the warwick vase. The original is now part of the Burrell collection in Glasgow.
Posted by I. Franks Antique Silver at Saturday, August 01, 2015